Pakistan is home to numerous mountains, from the very well known K2, to the obscure but beautiful Musa ka….

Pakistan is home to numerous mountains, from the very well known K2, to the obscure but beautiful Musa ka Musallah. Every peak is unique and has something to offer, to both the locals and tourists. With over a hundred peaks above 7,000 meters and four of the highest peaks in the world, the various mountains are inundated with mountaineers and geologists alike. Here is a list offering a peek into some of the best mountains in Pakistan that offer to both beginners and serious mountaineers.

Highest Mountains in Pakistan that are famous Worldwide 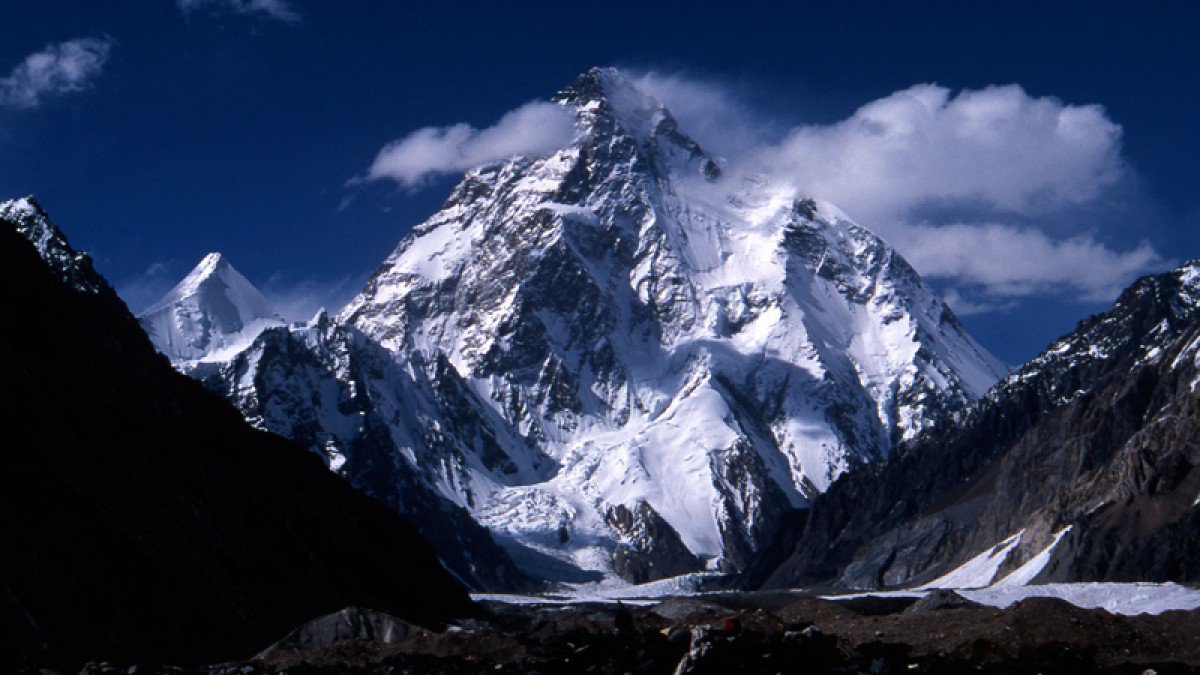 K2, also known as Mount Godwin-Austen or Chhogori, is the second highest peak in the world at 28,251 ft above sea level. Located right on the Pak-China border, K2 is not only the highest point of the Karakoram range but also the highest point in both Pakistan and China.

K2 is nicknamed ‘The Savage Mountain’ owing to the notoriously difficult climb it proves to be for even the most skilled mountaineers. The Chinese side of K2 has proven to be more difficult to scale than its Pakistani counterpart ,thus, it is more commonly climbed from Pakistan. Around 300 successful attempts have been made to climb K2 while fatalities, regarding the ascension of this hazardous peak, range around 80. Even yet the K2 remains unconquered during the winter, with no successful attempts to climb recorded. 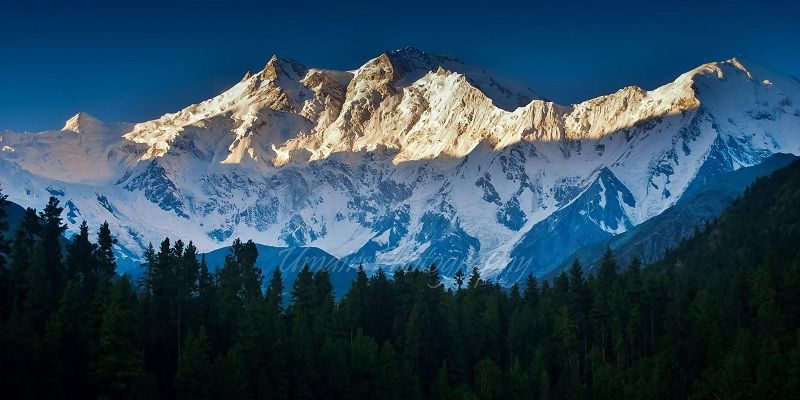 Nanga Parbat, which literally translates to ‘naked mountain’, is the 9th highest mountain in the world at a staggering 26,660 ft. Located in Gilgit-Baltistan, it is locally known as Deo Mir, meaning huge mountain.

Numerous mountaineering deaths in the early to the mid 20th century has earned Nanga Parbat the title of the ‘Killer Mountain’ and is famous for being an exceedingly hard climb. The first successful ascent of this notorious peak occurred in 1953 by an Austrian climber, Hermann Buhl, member of a German-Austrian climbing expedition. 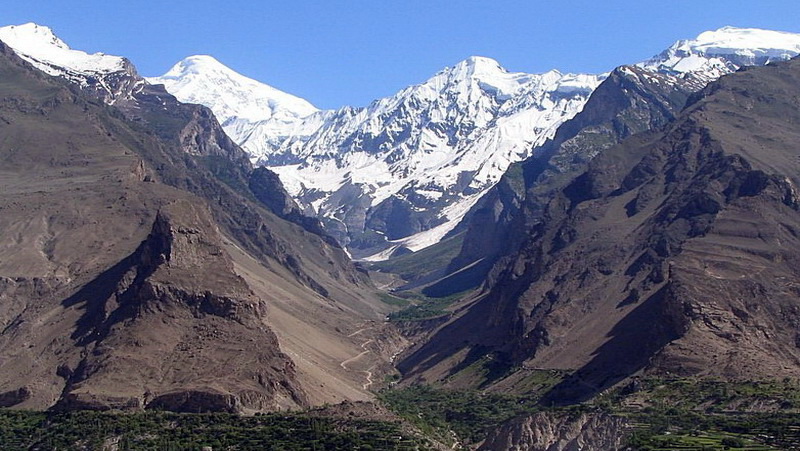 Rakaposhi, situated in the middle of Nagar valley in the Nagar district, is about 100 kilometers north of Gilgit, the capital of the province of Gilgit-Baltistan. Rakaposhi meaning ‘snow covered’ is also sometimes referred to as ‘Dumani’ which translates to ‘Mother of the Mist’. At a mighty 25,551 ft, Rakaposhi mountain is ranked 27th highest in the world and 12th highest in Pakistan but is more popular among tourists for its beauty than other higher peaks. Rakaposhi rises vertically for 19,685 feet, without interruption, making it the tallest mountain on land when measured from base to peak.

Following its inauguration as a community park, Rakaposhi is now home to several endangered species of animals, including but not limited to, snow leopards, brown bears, and Marco Polo sheep. 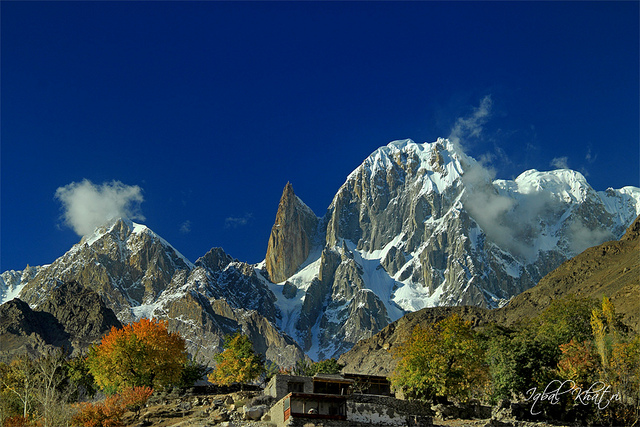 Ladyfinger peak, also known as Bublimotin, is a 20,000 ft rock spire in Batura Muztagh, the westernmost subrange of the Karakoram range. Its appearance is very eye-catching, owing to it being an astoundingly sharp snowless rock in contrast to the several snow-capped peaks that surround it. Its distinct appearance coupled with how it towers over Hunza valley earned the peak its unique name.

Its steepness has led to it being a popular location for paragliders. 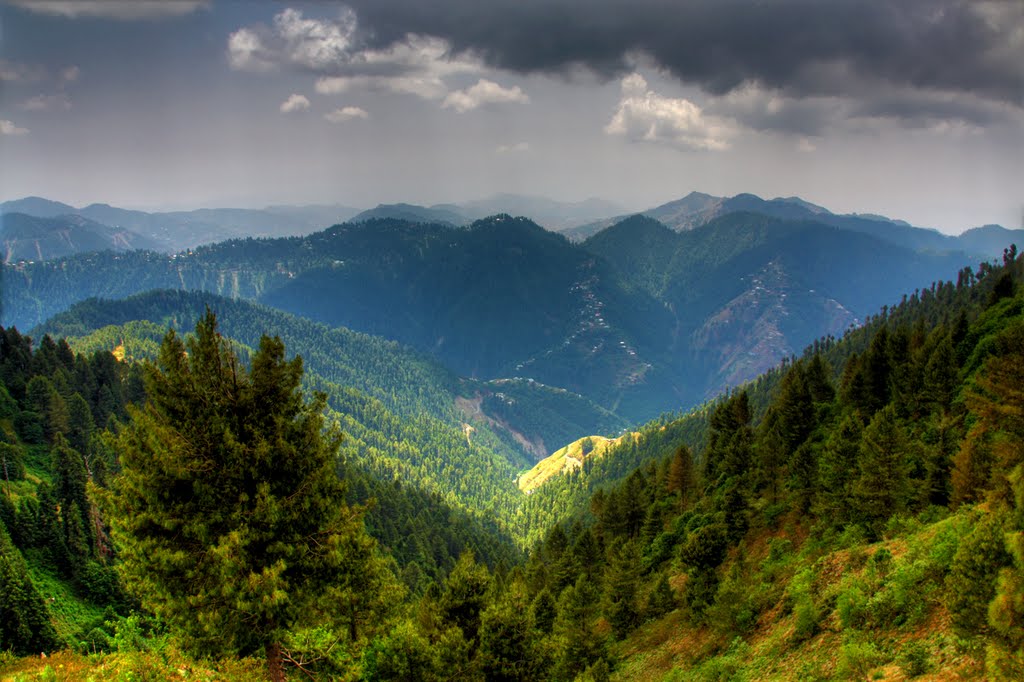 At 9,816 ft, Miranjani is the highest peak of Abbottabad District in the Khyber Pakhtunkhwa Province. It is located in Ayubia National Park around 80 kilometers north of Islamabad and is part of the Himalayan mountain range.

On account of its nearness to Islamabad and a relatively easy trek of around three hours, Miranjani peak is one of the most popular mountains among tourists. The peak offers spectacular views of places around which include, Azad Kashmir, Jhelum River, Abbottabad city and Thandiani. On a particularly clear day, the very intimidating Nanga Parbat can be seen around 200 kilometers away. 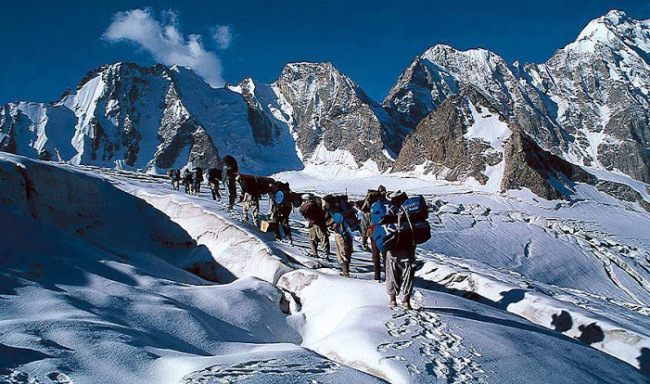 The Makra, towering at around 13,123 ft, is a peak located in Mansehra in the Hazara region of the Himalayas. Although the Makra is rumoured to be a difficult climb, the view of Hazara and Azad Kashmir from the summit makes the effort seem worthwhile. 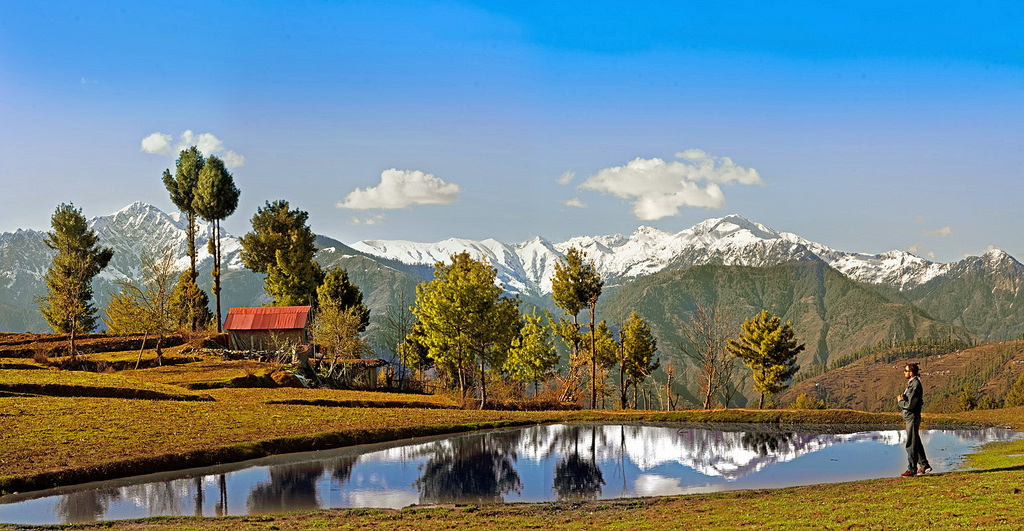 Musa ka Musalah, 13,400 ft high, is situated 150 kilometers north of the city of Abbottabad, at the junction of Siran and Kaghan valleys in the Himalayas.‘Musa ka Musalah’ literally translates to “Moses’ prayer mat” and has many tales associated with the origin of its unique name. Some people argue that it was named after a local shepherd named Moses who used to pray at the peak of the mountain, while some say the mountain was named after the Prophet Musa (A.S). Some altogether disregard these tales and say that the Mountain got its name from its uncanny resemblance to a prayer mat.

Imran Junaidi, a Pakistani, is the first mountaineer to ever summit Musa ka Musalla in winter. However, it is considered a fairly easy climb in the summer and its peak is home to a ziarat (Place of prayer) which is frequented by many of the locals.

The Dark and Mysterious Tirich Mir 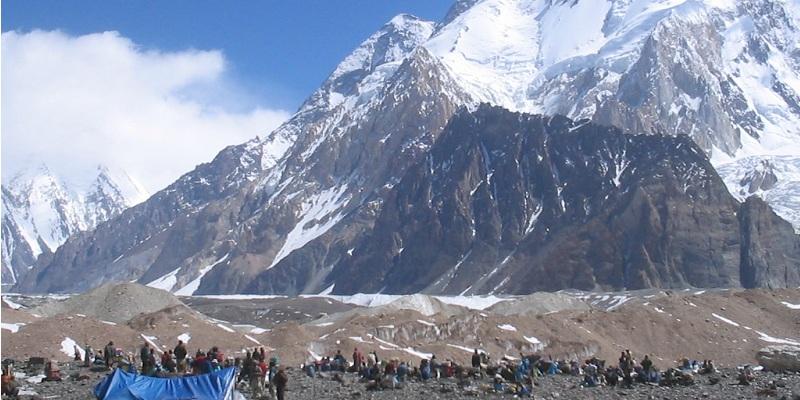 Tirich Mir, at 25,289 ft, is the highest peak of the Hindu Kush mountain range making it the highest mountain in the world outside the Himalayas-Karakoram range. Tirich Mir is located in Khyber Pakhtunkhwa and overlooks the town of Chitral.The name Tirich Mir is rumoured to have been derived from the Wakhi language with ‘Tirich’ meaning darkness and ‘Mir’ meaning king because of the long shadows it casts on the Wakhan side of its face. 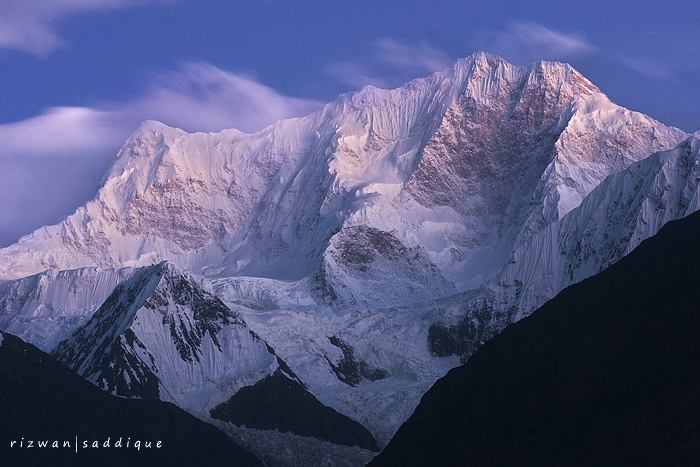 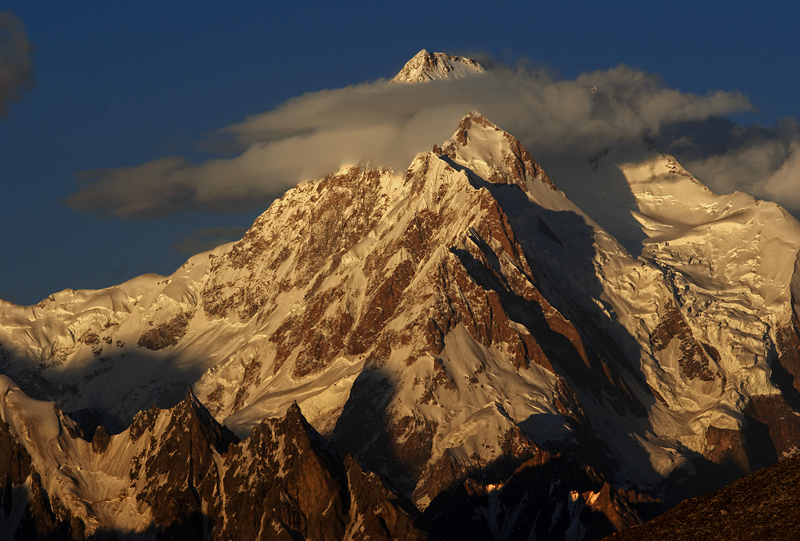 Khunyang Chhish, alternately knowns as Kunyang Kish and Xiangyang Kish, towers high at 25,761 ft. It is the second-highest mountain in the Hispar Muztagh, a subrange of the Karakoram mountains and is ranked 21st in the world and 8th in Pakistan. It lies in the north of the Hispar glacier, which is one of the major glaciers of Pakistan.

Several unsuccessful attempts, ending in death or injury, were made by different teams and individuals to scale the mountain before the peak finally relented and was successfully ascended by a Polish team led by Andrzej Zawada in 1971.