Geographically Pakistan is a land of wonders; the great Indian desert of Thar, world’s second tallest and first difficult to climb mountain

Geographically Pakistan is a land of wonders; the great Indian desert of Thar, world’s second tallest and first difficult to climb mountain K2 or demographically the most diverse country, either linguistically or culturally. Similarly, the national parks of Pakistan are one of such places which should be visited once in their life.

Here are 10 worth seeing spectacular national parks of Pakistan which will make you convince to go there in next vacations. 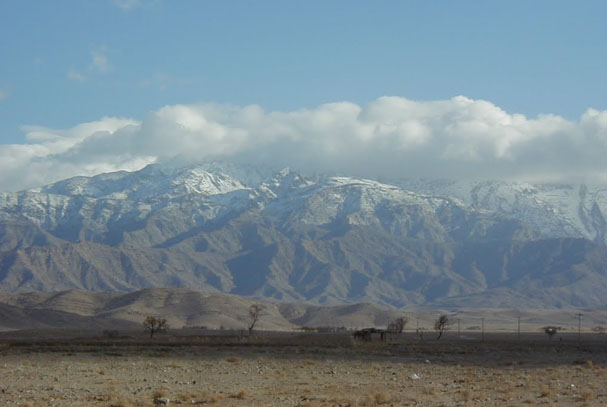 Home of Sheosar lake, Deosai National Park is located between Astore Karmang and Skardu. Deosai derives its name from Balti language which means ” the land of giants. After Chang Tang in China Deosai is the second highest plateau of the world with an alleviation of 11447 ft above sea level. It is surrounded by alpine trees. A wide range wildflowers and butterflies cover it as the blanket in the spring season. Deosai is also the hometown of Brown Bears. Mustansar Hussain Tarar has written his travelogue named Deosai which is a worth to read the book about its fantasies and beauties. 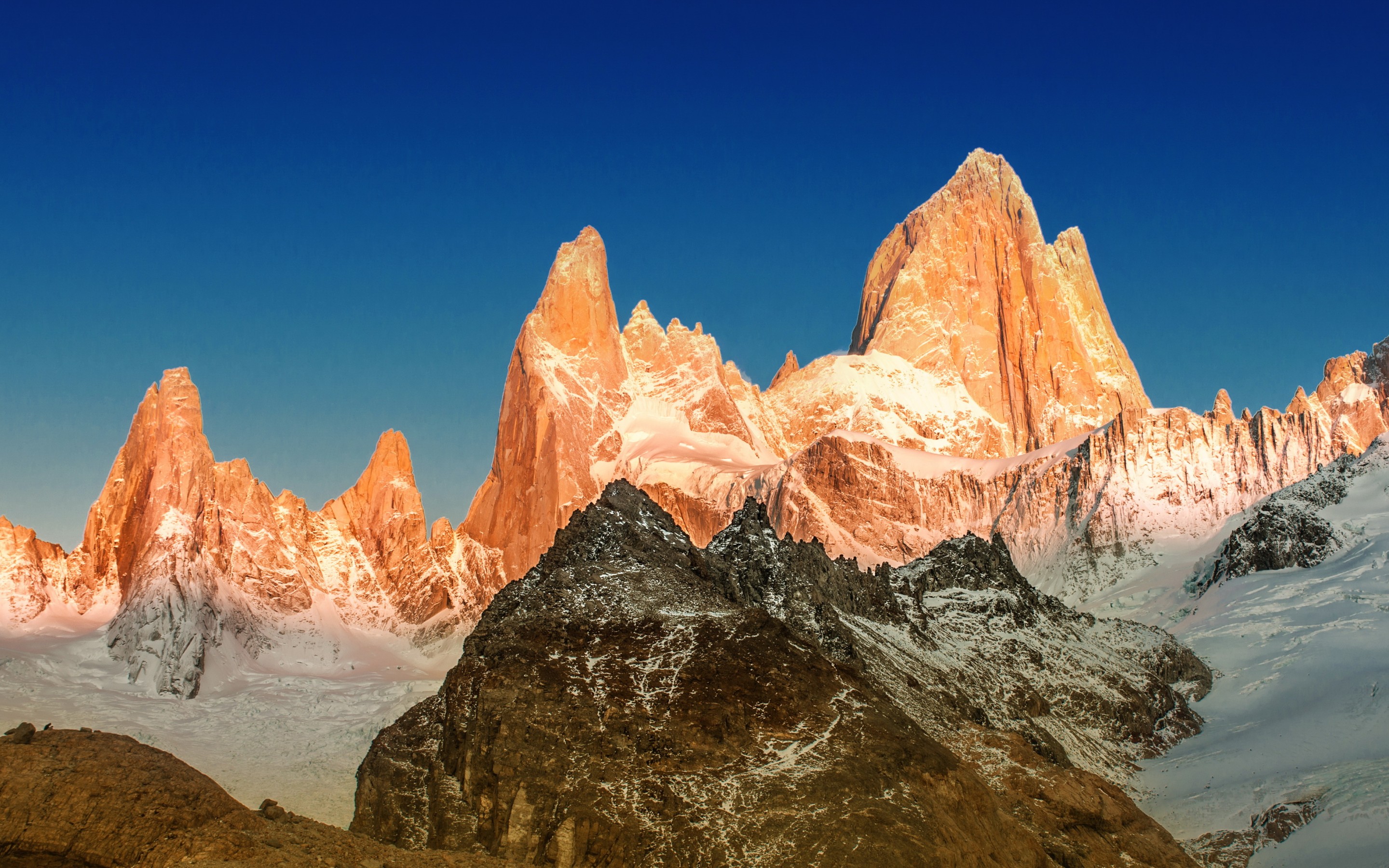 It is a Persian stanza that If you have the wish to see a beautiful scenery, come and see me soak in blood. Mostly misspell as Khunjerab National park, this is too a brain child of then premier ZA Bhutto who after seeing it said that it should be a national park. Khun Zerav is the word of Wakhi language which means the streams of blood. It is 3rd largest national park covering an area of 2270 sq km and locates along the khunjerab pass in Gilgit-Baltistan region. It serves as the home to many endangered species like Marco Polo sheep and Himalayan Ibex. It is one of the most important alpine biodiversity regions in Pakistan. The park is adjacent to Taxkorgan natural reserve in china. Surrounded by large mountains it appears as a bowl of nature. 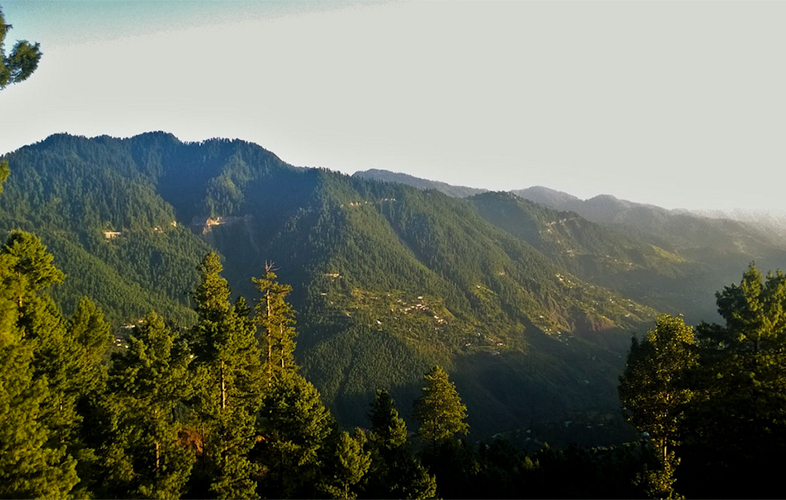 This protected area as National park is located in the center hub of Hazara division. It is some 35 km away from Abbottabad and lies in Dunga Gali. Surrounded by seven villages and four towns, into which Thandiani and Meranji are famous, it has been protected as the resort. An average of 0.5 million people come here annually to feel an air of comfort and freshness. The best representative of the Himalayan moist temperate forest it provides fabulous scenery of huge sub-tropical pine forests. The chairlift, fixed in the center, stretches some five km take tourists to a nearby summit for a view of forested hills. So if you have a time of leisure then must go to this densest tour resort. 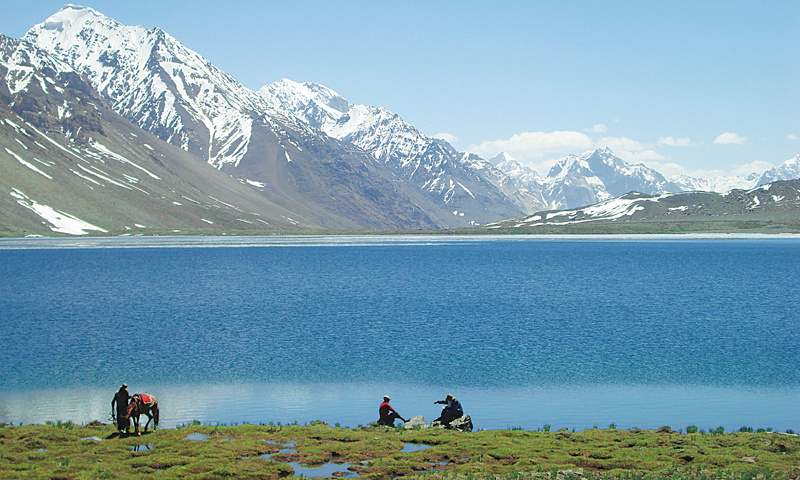 Located some 250 km away from Chitral, KPK, Broghil national park has the 2nd highest lake in Pakistan. Qurumber Lake ranks as world 31st highest lake. Broghil pass which crosses from the Hindu Kush region and connects with Badakhshan province in Afghanistan is the highest pass of the world. The vast green grounds without trees make it like the green desert. In winter it hosts the Pamirian and Siberian birds whereas in summer from 15 to 17 July an annual event is organized into which local sports like Yak race and Polo are being played. So if in summer or winter you get the chance to have some fun and trip nothing will be good then this broghil park. 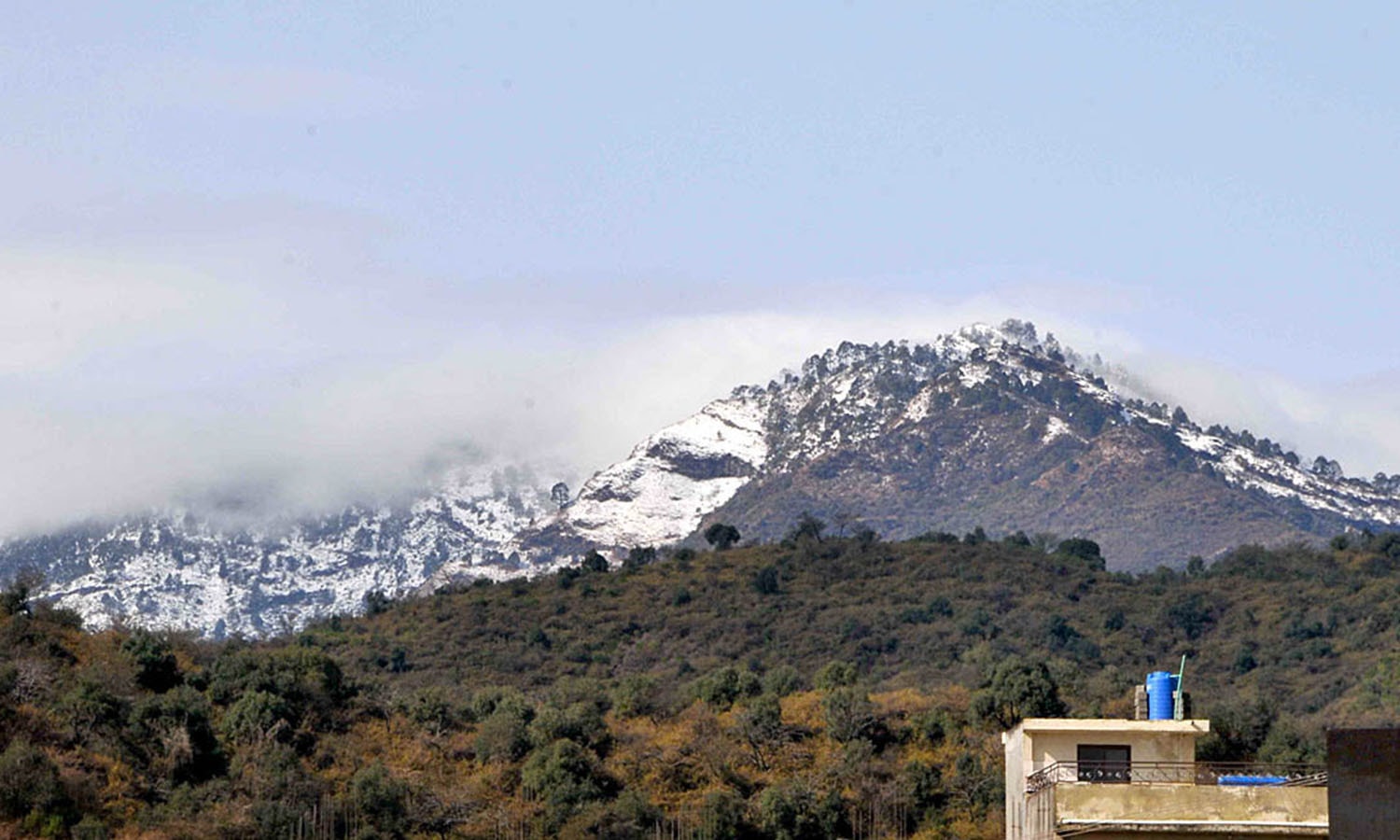 Just above the capital city of Pakistan Margalla hills have an inspiring and awe majestic sceneries. It is regarded as the footsteps of the great Himalayan mountain range. Margalla hills have beautiful hails gushing down in monsoon which makes it the counterpart of Dostoevsky Saint Petersburg. The presence of a large number of animals especially of Barking Deer, Indian leopard, and gray goral is worth attractive. The rock formation at there go back to 40 million years and it is said that once these were under the shores. The people who cannot go so far should visit this national park once in their life. Pakistan most popular Monal restaurant has its bases in this national park. 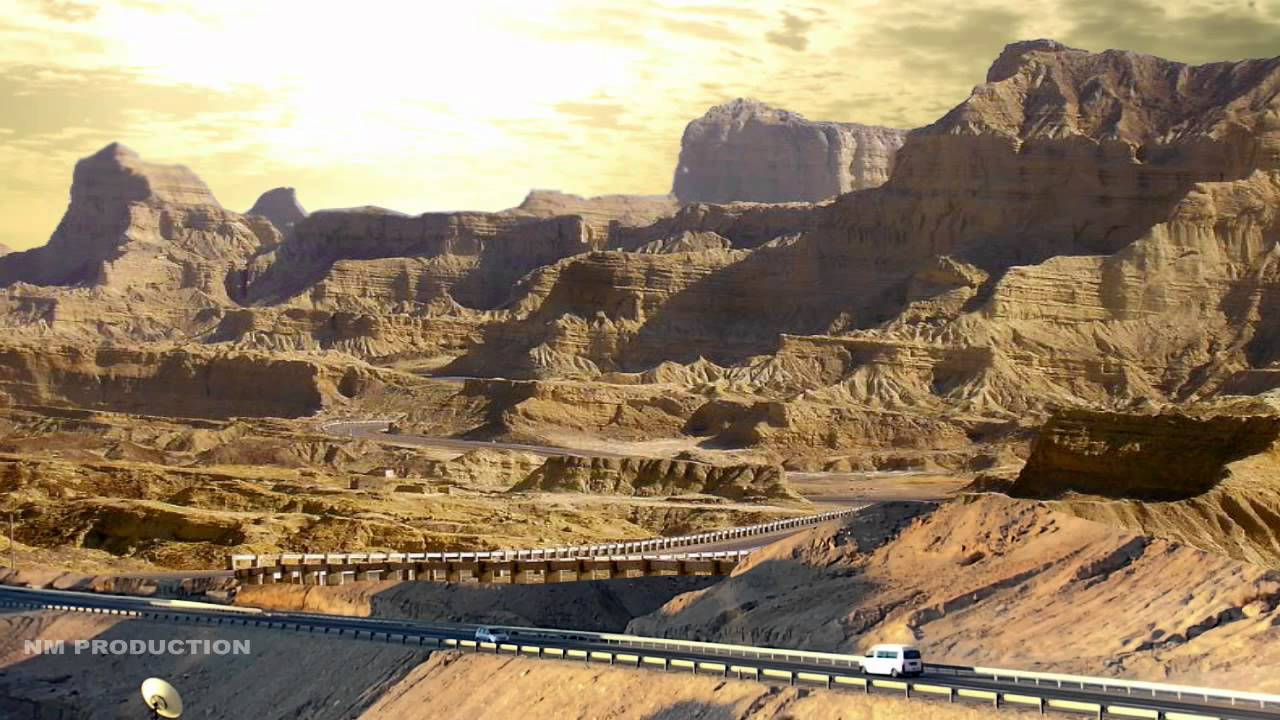 190 km away from Karachi, Hingol National Park is located along the Makran coast in southwestern Balochistan and is one of the largest national parks of Pakistan with an area of 1650 sq km. An estuary of Hingol River hosts the largest biodiversity of birds and species. The majestic rock formations look like the twins of old Egyptian pyramids. Mud volcanoes, the breathtaking Kund Malir beach, Princess Of Hope and temples of Hinge Mata welcome its visitors like a king. Everyone who is keen to watch the wonders should visit it at least once in a lifetime. 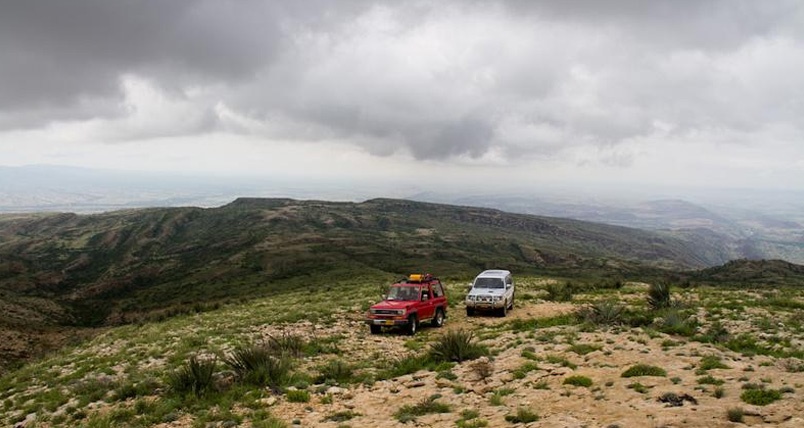 Located between Karachi and Jamshoro, this vast crabby park has world largest Fort named Ranikot. It was established in 1974 at the time of the premiership of ZA Bhutto. An area of 3072 sq km makes it the second-largest national park after Hingol National Park. Kirthar park offers a unique and incredible landscape rich in natural beauty and cultural heritage. The home of two wildlife sanctuaries\u2014- Hab Dam wildlife sanctuary and Mahal Kohistan wildlife sanctuary it hosts a wide range of fauna into which Leopards, Strip Heynas, Wolves, Ratels and Urials are famous. 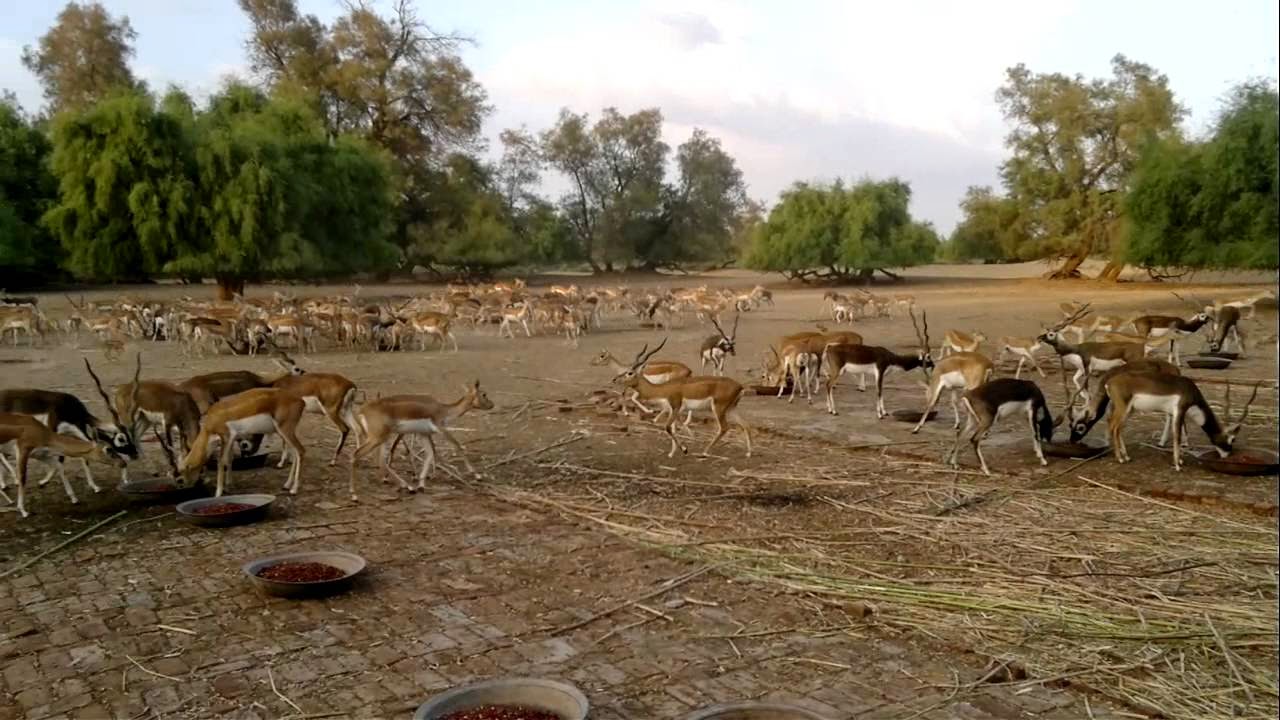 Namak Ishq Ka, Tere Ishq Ka, there are chances that the composer of this song would have belonged to this salt surrounded valley. Everything belongs to here has salt into its basis, be it world largest mines and into that mines the mosques, the minarets, and buildings. With an elevation of 2231 feet, this area is famous for rock salt and igneous rocks. About 0.2 million people come here to see the most decorated Khewra salt mines. It was established as the national park in 1987 and is under the control of ICUN . It also has the attraction for biologists to examine the xeric shrublands and for zoologists to see them near to extinct Urials. If you can\u2019t go far from the central Punjab or Potohar region you have the opportunity to visit this salt oriented wonder. 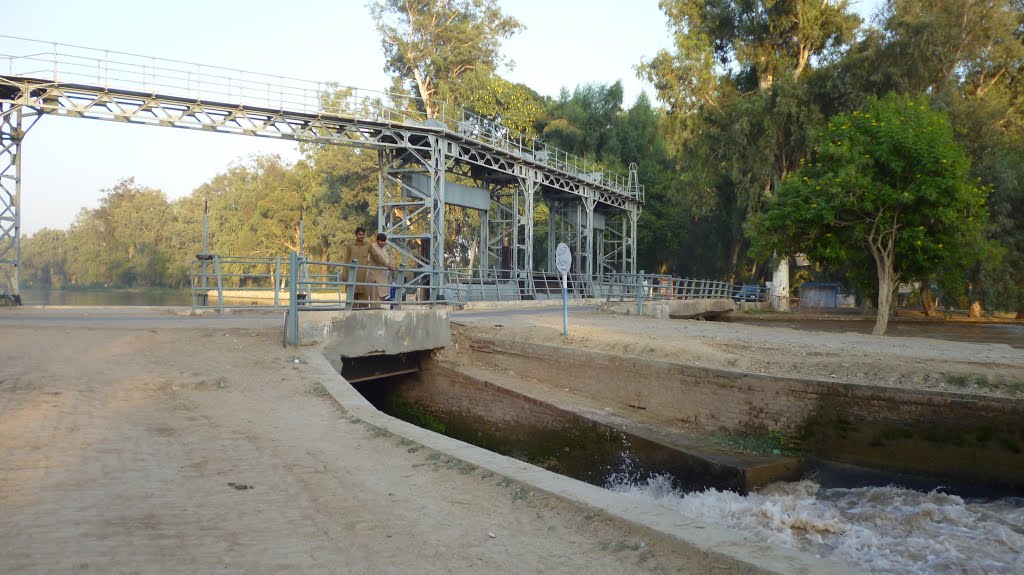 A reserve biome in central Pakistan, it is stretched over an area of 620 sq km, some 35 km away from Bahawalpur. With the diversity of landscapes like the desert, forest and water ponds it hosts a lot of species of flora and fauna. Punjab government is trying to convert it into Safari park. It is also working as a conversation plant into which native animals like blackbuck, Blue Bull, and others are being conversed.

Famous in folklores as a place where thousands of treasures are buried this national park has treasures of Juniper, Almond and Ash trees. It is placed in Mastung district, in Sulaiman ranges with desert and forest habitats, about 20 km away from southwest of Quetta. It serves as the only hometown for near to extinct species, The Chiltan Markhor.