One of the most culturally vibrant and lively cities of Pakistan, Peshawar is the capital of Khyber Pakhtunkhwa….

One of the most culturally vibrant and lively cities of Pakistan, Peshawar is the capital of Khyber Pakhtunkhwa province and the administrative center also an economic hub for the Federally administered tribal areas of Pakistan. Peshawar is situated in a large valley near the eastern end of the Khyber Pass, close to the Pak-Afghan border. Known as “City on the Frontier”, Peshawar is irrigated by various canals of the Kabul River and by its right tributary, the Bara River. By exploring the places in Peshawar Pakistan, one can say that he/she has experienced the beauty, adventure, taste, and culture there. 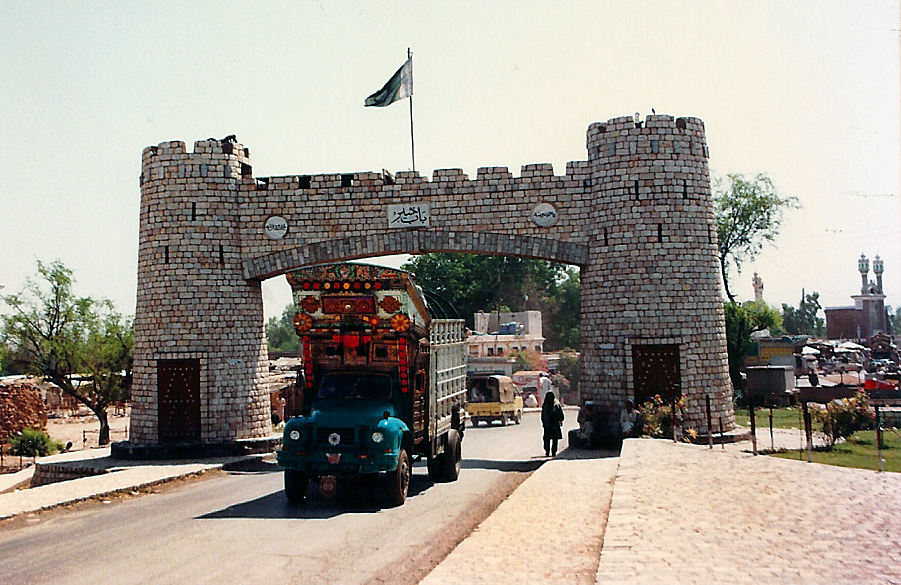 One of the oldest passes of world, Khyber Pass is another reason for Pakistan’s worldwide fame. This Pass connects Pakistan to Afghanistan and has been served as a gate to deliver and receive the trading across the Asia. Tourists when come across Peshawar, they prefer to experience passing through this great way and accomplish the tourism expedition of the city exactly. 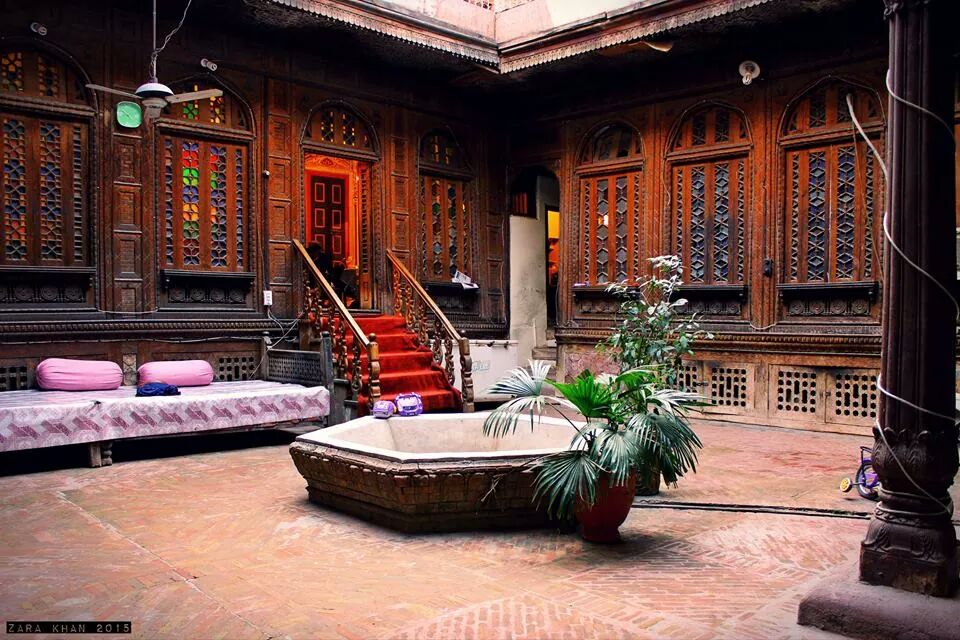 One of the unusual places in Peshawar; Sethi House was the residence of Sethi family who was Hindu Traders, settled in Peshawar from Jhelum. They were considered one of the richest family of their times with billion of Russian currency they had. Sethi houses are situated in the Mohallah Sethian. The architecture of the house is a combination of Gandhara and Central Asian civilization. It’s unique wooden work and balcony styles are truly the reflection of strategic and high-class architectural mindset. 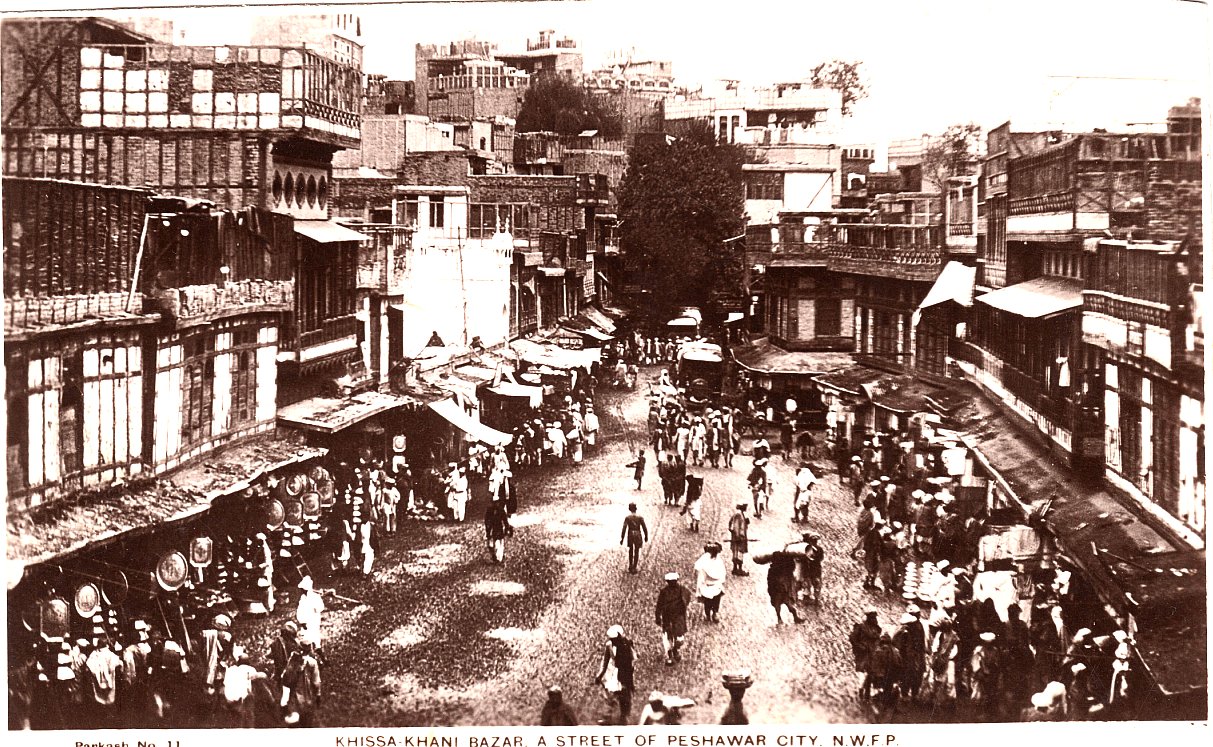 An absolute busiest and the place of great hustle bustle, Qissa Khwani bazaar is named after the storytellers. These people of past were used to create a gathering in this bazaar while sitting near the fire and sipping Qehva- a kind of green tea. This bazaar is the hub of trading in the city. Tourists visit it having a great charm. 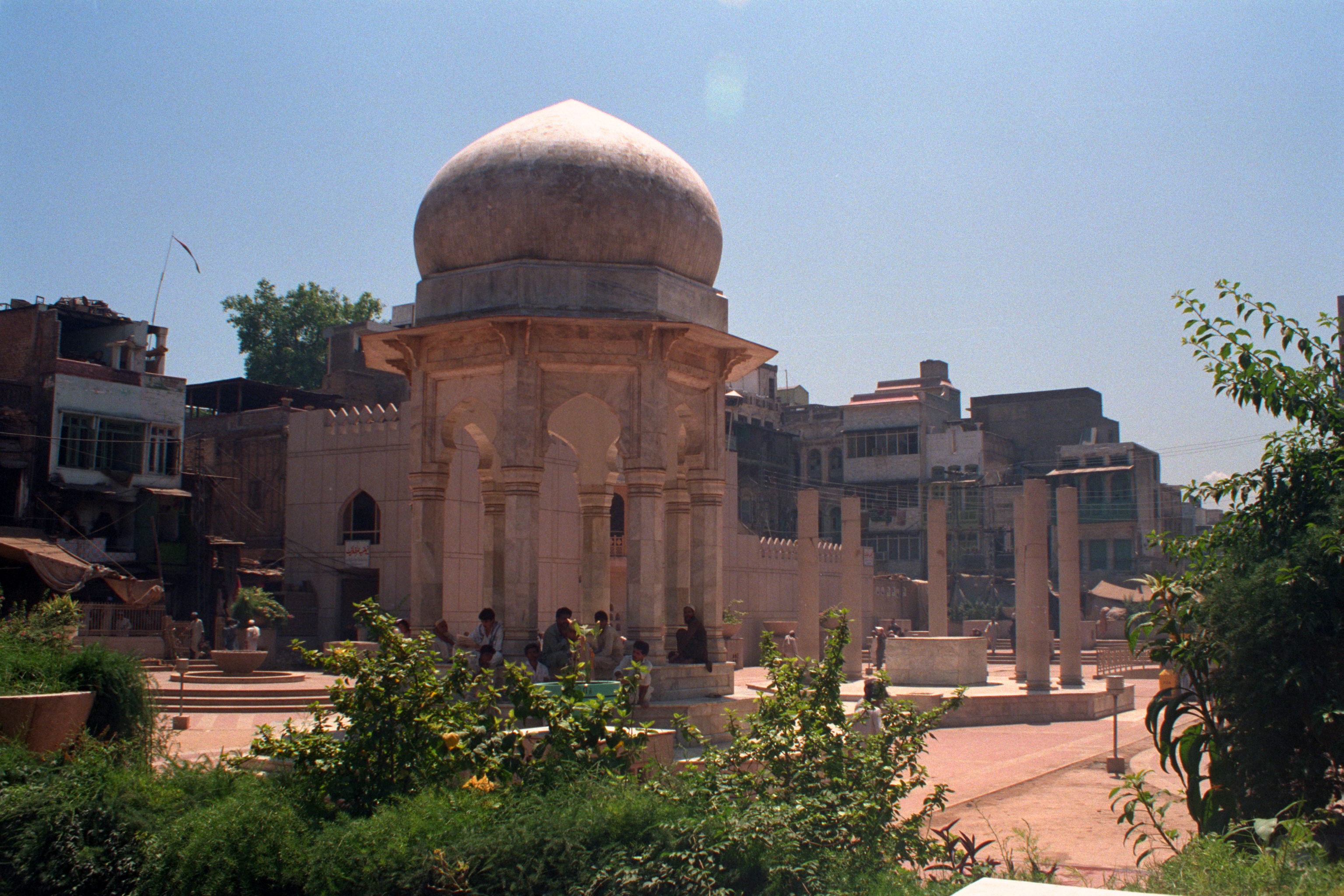 The center square of the central city of Peshawar, Yadgar Chowk is another amusing place to get around. Chowk Yadgar is also been faced on getting out of small streets as a center point. It’s remarkable of the war between Pakistan and India in 1965. 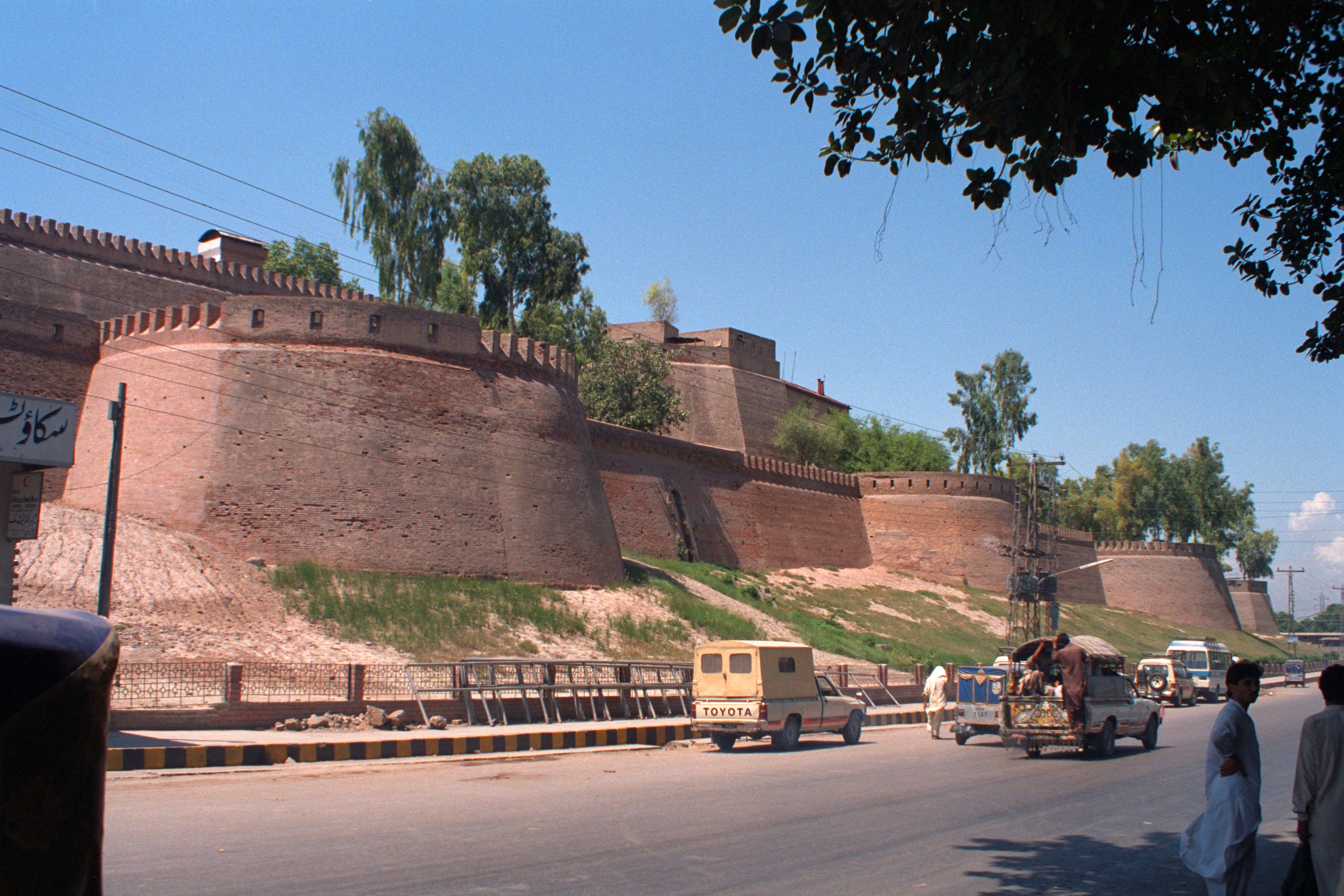 Bala Hisar is the place which must not be missed when you are in Peshawar. It has been initially opened for tourism. This fort is a true reflection of strategic and sensible architectural masterminds. Its captivating beauty doesn’t let the visitors leave the venue without capturing its views. 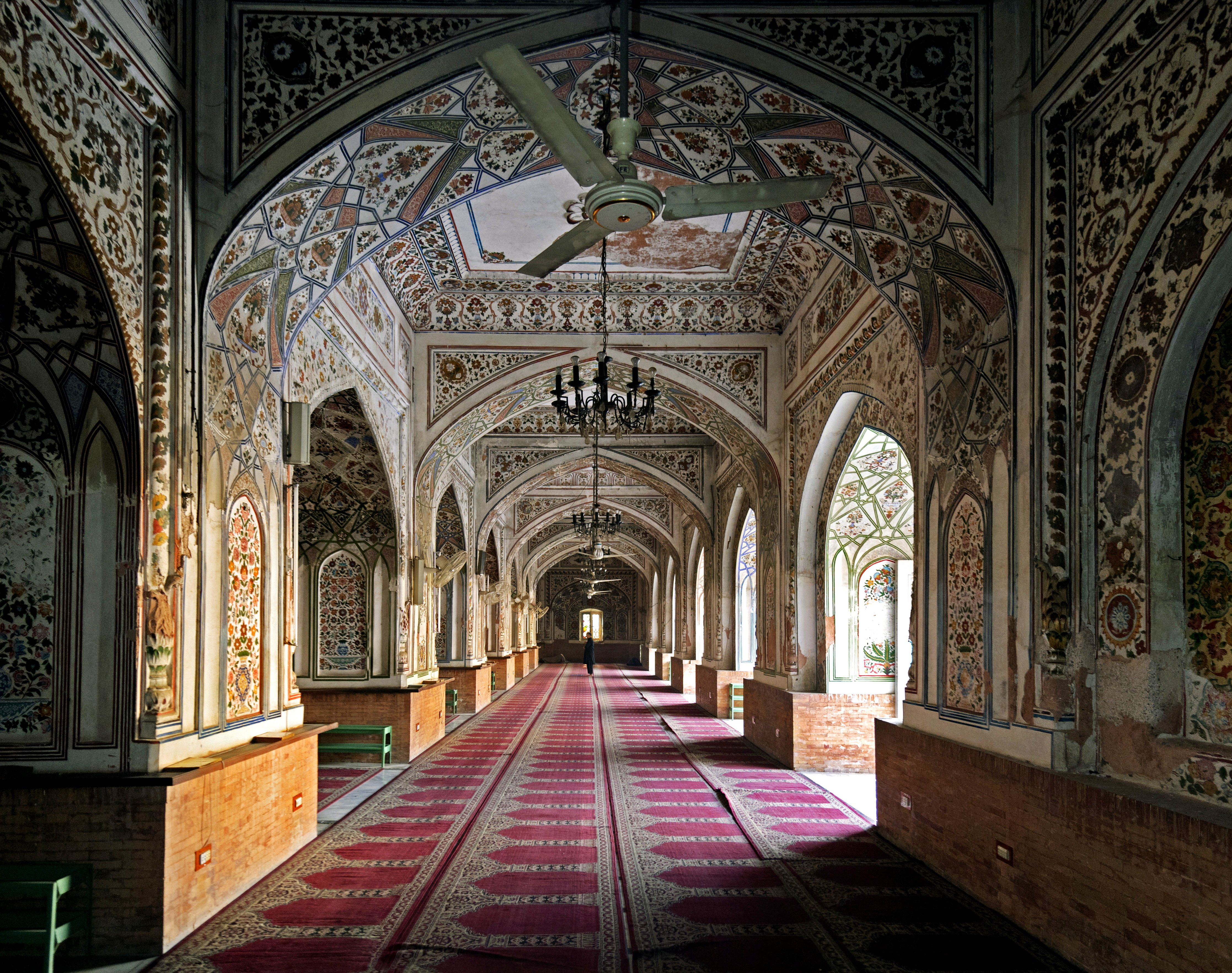 Mahabat mosque is named after the Governor of Peshawar state in past who commissioned this mosque and it was built in 1665 A.D. This mosque was constructed in the era of Mughal empire. Mahabat Khan mosque is privileged for hosting many Sufi and spiritual personalities. Its history is full of glory. Surrounding the mosque there are plenty of gold jewelry shops which make this place a busy point. 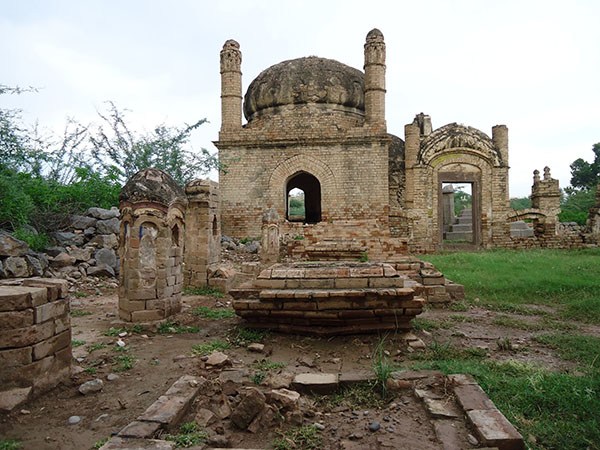 One of the best picnic spots in Peshawar, Wazir Bagh comprises of a mosque, pavilion, two spacious lawns, football ground and a pond with fountains in it. Trees and greenway of the Wazir Bagh make it a favorite venue for rejoicing your mind. Wazir Bagh is an ancient historical place which was constructed in 18 century in the era of Prince Shah Mahmood Durrani, the Durrani ruler. 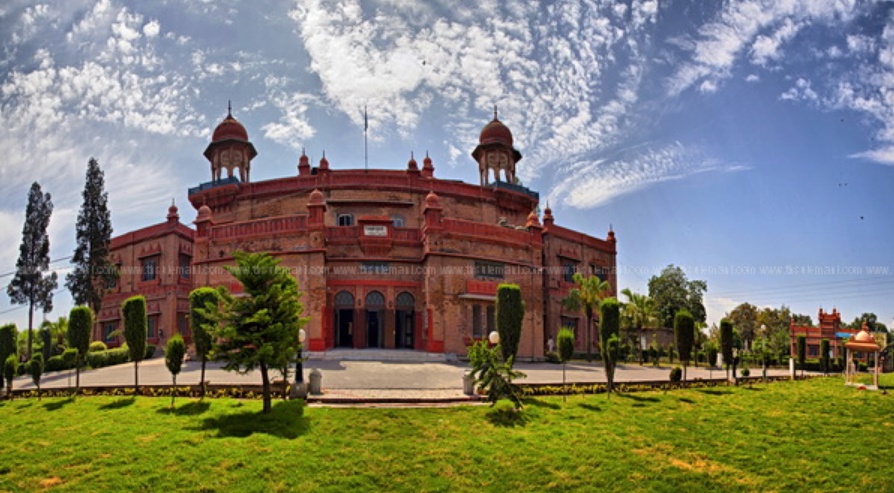 Built in 1906-07 as a tribute to Queen Victoria, the Peshawar Museum Is among well known in museums of the entire southeastern region for its remarkable collection of Gandhara civilization. Gandharan statues, Coins, Documents and copies of the Holy Quran, Impressions, Arms, Costumes, Jewelry, Kalash Models, Mughal era and later period Paintings, Household stuff, native and Persian handiworks are the ancient core collection of Peshawar museum. 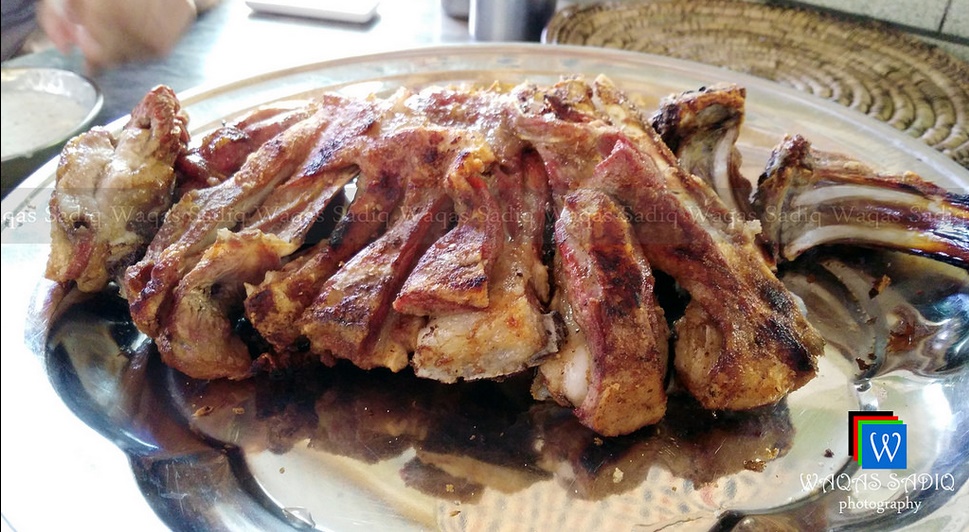 Must try one of the most mouthwatering Afghan dish available in Peshawar, it’s Charsi Tikka which is been offered at Khyber Charsi Restaurant Peshawar. 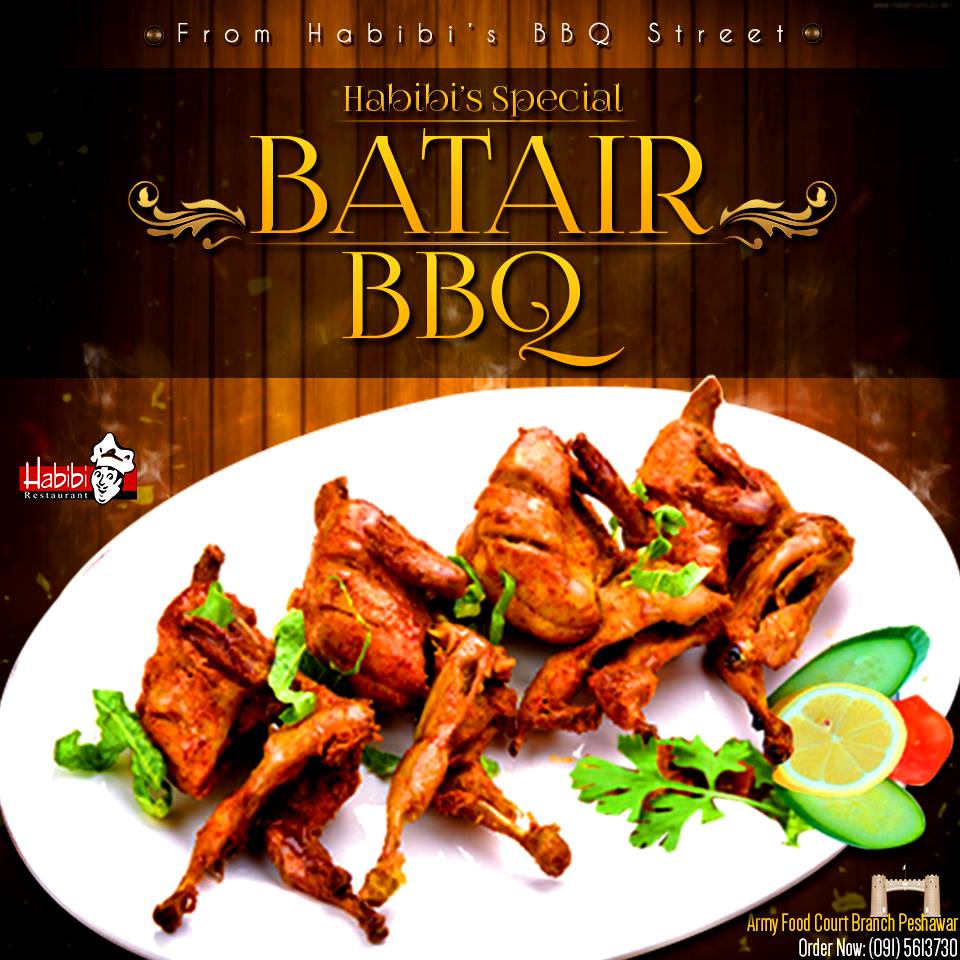 Barbecued meat is one major part of Pakistani Food or Sub-continental culinary delight., and Habibi is among top options for being served with quality taste. Not just this but the menu is as long as palate wants to get the traditional taste. The variety in curry, gravy, and roasted items are also welcoming to foodies. 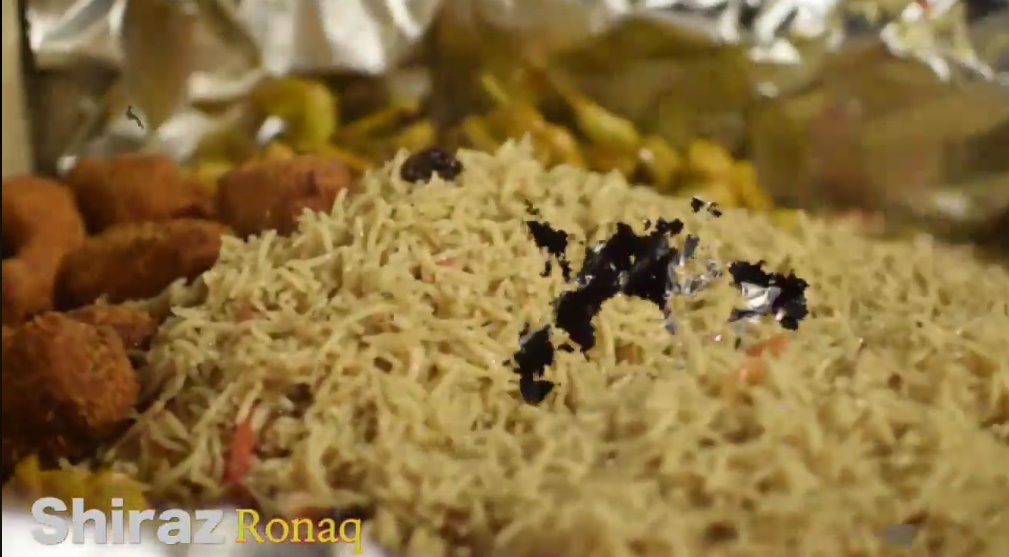 Shiraz is the point to enjoy multi-flavor Pakistani and Afghani food under one roof. This place is serving family’s comfort and taste level with well-organized ambiance for many years. Shiraz can be rejoicing food venue on visiting Peshawar. 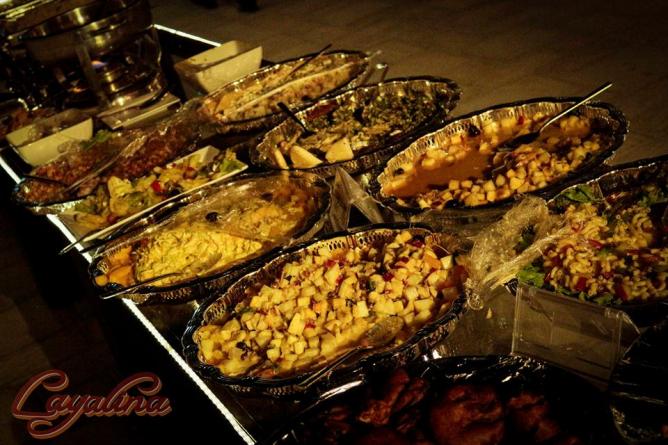 This restaurant under the roof of Shelton hotel is best for getting pure Peshawari foods and international cuisine. Moreover, the sitting environment is itself enough to attract the visitors at first sight. It’s a great venue for luxurious and delightful dinner while visiting the places in  Peshawar.